Firestar and Sandstorm are current mates. They have two daughters; Squirrelflight and Leafpool. When Firestar first came to the clan, Sandstorm didn't like him. Firestar (Fireheart at the time) had saved Sandstorm from falling into the gorge and suggested to Bluestar after a battle that she (and Dustpelt) fought like warriors, earning her her warrior name. She was much nicer to Firestar after that. Firestar and Sandstorm had many fights but they always seemed to make up. Like in Firestar's Quest, they were quarreling but then Sandstorm was swept away by a flood and Firestar forgot all about their fight and went to save her, this shows that he loved her. Sandstorm was a little insecure thinking that Firestar loved Spottedleaf more. Firestar told Sandstorm that he loved her in A Dangerous Path. When Firestar earned his nine lives Spottedleaf had given him the gift of love and told him to use it well on Sandstorm. The two have remained mates and stayed very close throughout the rest of the series. Sandstorm was very upset when Firestar died at the end of the Last Hope, and constantly reminded him that he was on his last life throughout the book. Sandstorm later died in A Vision Of Shadows series, because of her infected shoulder wound, on the quest to find SkyClan, and reunited with her mate and family in StarClan. 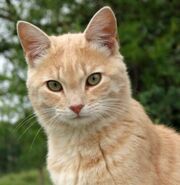 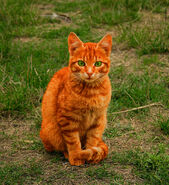 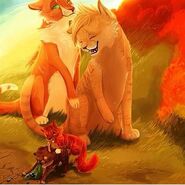 Firestar and his mate, Sandstorm 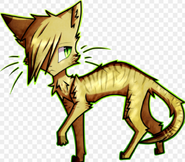 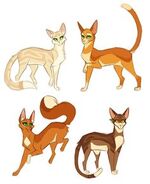 Sandstorm, Firestar and their children, Squirrelflight and Leafpool
Community content is available under CC-BY-SA unless otherwise noted.
Advertisement